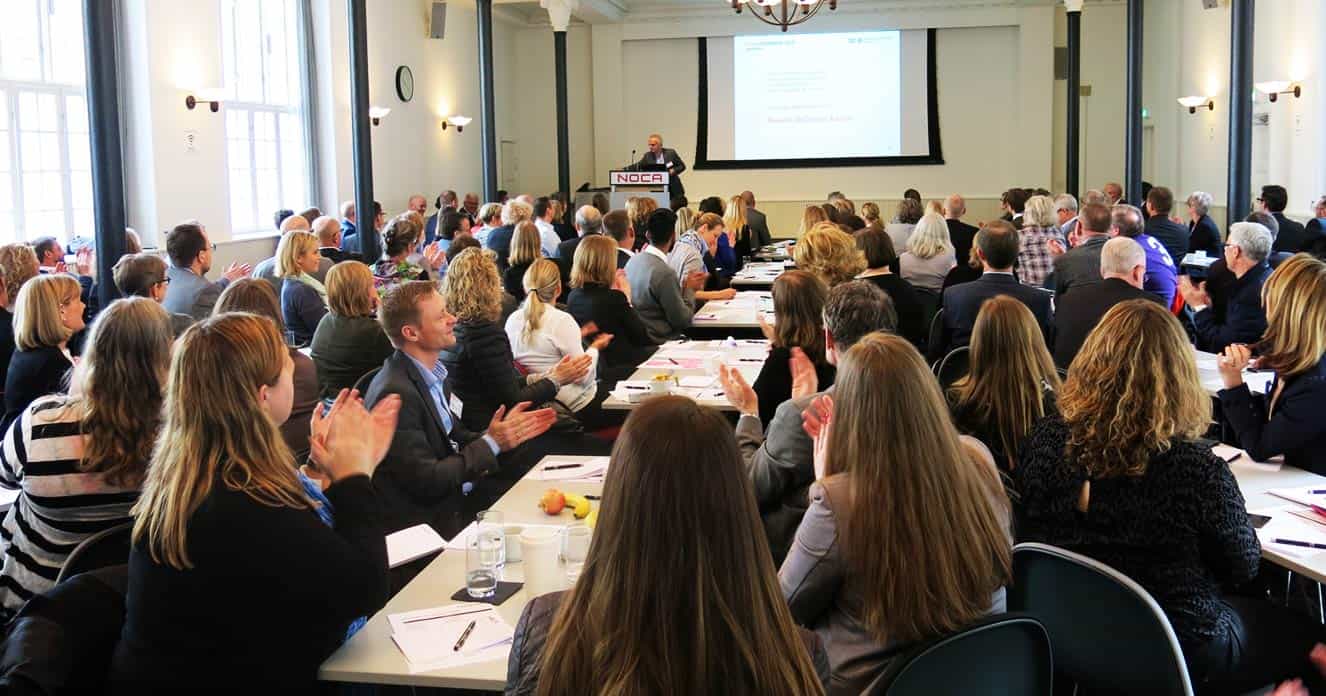 In 2001, a number of people within the HR branch, including Professor Laurids Hedaa and Deputy Director George Greibe, met at a conference in Copenhagen. Their conversation soon turned toward the need for an association where knowledge and research within “Corporate Academies” could be found and shared. This type of organisation aimed at strengthening the interaction between research and practice, as well as an inspirational source for strategic competence development, was definitely something that was lacking in Denmark.

It was in the wake of these discussions, along with various focus group interviews, that the association DACA * PO  was created at a founding meeting on 19 March 2002. The first Chairman of the Board was Søren Laursen (then with Dandy) and the Vice Chairman was Henrik Jespersen (of Grundfos).

On April 15, 2002, the name DACA * PO was replaced by NOCA – The Network of Corporate Academies – due to copyright restrictions.

December 2002 saw the resignation of NOCA first Chairman of the Board, and the Vice Chairman, Henrik Jespersen of Grundfos, stepped into the chairmans role. He held this position until NOCA’s 10 year anniversary in 2012.

On March 1, 2003, George Greibe was appointed as Administrative Director of NOCA, and the associations administration was moved from Herning to Copenhagen. With this move, regular member meetings could be more easily organised, allowing NOCA members to meet and share knowledge and experience from their research and practice.

In October 2003, NOCA moved into the Kosmopol building at Nørreport in Copenhagen and became a tenant at FUHU (now DSEB), where NOCA is still located.

When NOCA rounded 1 year of operation, the chairman at the general meeting was able to present a small positive profit and report a good first year for the association. At the general meeting, Professor Henrik Holt Larsen, CBS, was  elected to the Board and appointed Deputy Chairman.

In 2004, NOCA organised its first member trip to the Academy of Management (AOM) Annual Conference in the United States. The plan was that this trip should only take place every two years, but because of the great attendance, it was decided that membership trips to the AOM conference should be an annual event.

In 2005, NOCA introduced the idea of “theme groups”. This occurred after NOCA’s annual conference, where the focus was on “Talent Management” – the name of this conference focus then became the title of NOCA’s first theme group.

This same year, NOCA introduced European study tours, with the inaugural trip being to INSEAD business school in Fontainebleau, France.

In 2006, NOCA’s study trip was to the Nestlé Group headquarters and IMD in Switzerland.

In the same year, NOCA, as a part of conducting it’s first international study, entered into ECUANET ( The European Corporate Academies and Universities Network) – a consortium of organisations from other European countries. The purpose of the study was to develop a toolkit that could analyse a company and its strategic competence development in order to try to break the code – ie. to find the processes and actions that made a company’s competence development remain successful. This toolkit was presented at a conference in Brussels in 2007.

The Growth of NOCA

At the 2008 Annual General Meeting, NOCA consisted of 50 member companies. In the years following, the number of member rose steadily.

10 Year Anniversary, and a Change in Directors

In 2012 NOCA celebrated it’s 10th anniversary. At the same time, George Greibe resigned as director of NOCA and was followed by Per Geisler Hansen who, on the 1st May, 2012, became the new director of the association. George Greibe remained a part of the NOCA administration.

2012 was also the year in which NOCA entered into a partnership with CBS and CBS Executive to collaboration on the organisation and running of the annual Cranet conference – which takes place every September at CBS.

In 2016, Anna was replaced by network consultant Ida Støier.

In 2014 Anne Bisbjerg Lee of Grundfos, became chairman of NOCA’s board of directors and Jan Molin of CBS replaced Henrik Holt Larsen as deputy chairman.

By 2015, Jørgen Andersen joined the administration team as Network Manager in NOCA, replacing George Greibe, who chose to retire.

NOCA cooperated with the Danish think tank DEA on a major Danish study on the lack of mobility between the private and public sectors. The report was published in the autumn 2015. At the same time, NOCA initiated an international study on Best Practice in Leadership Development, in collaboration with EFMD and SHRM – 422 companies and organisations in Denmark, the EU and the US participated in the survey.

In 2016, NOCA counted over 85 member companies and more than 1600 individuals in their member database, and organised more activities for their members than ever before. NOCA entered into a co-operation agreement with EFMD to strengthen NOCA’s relations with the wider world, and to provide its members with a broader international perspective, as well as gain access to knowledge and research that NOCA itself could not generate.

In 2018, NOCA received a new Vice Chairman Henrik Ryberg from the Defense Academy. He takes over the post from Jan Molin from CBS.

The direct role is abolished at NOCA, so in the future the Head of NOCA will have the management responsibility. NOCA therefore welcomes Urik S. Brix as the new Head of NOCA with accession on January 1, 2019.

The former Development Manager at NOCA, Lars Hoffmann, resigns from the position with the end of December 2018, then joins the position of Learning Director at DHI Group.

The secretariat has further connected Cecilie Zielke-Jacobsen and Maria Beck Petersen as full time employees to support day-to-day operations and assist in the development of NOCA. 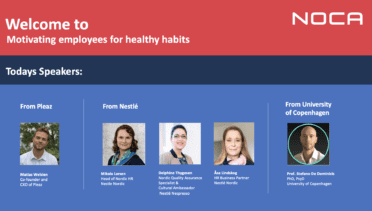 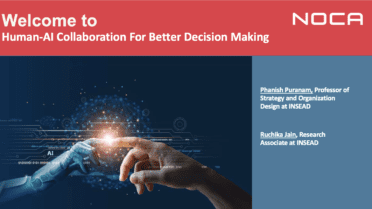 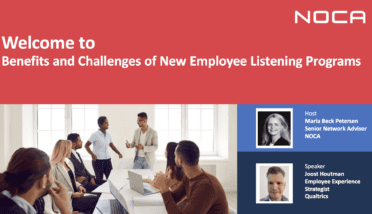